Oncological surgery, which is popularly called cancer operation or cancer surgery, is the surgical field that focuses on surgical operation in cancer diagnosis and treatment stages. In short, the only area this type of surgery focuses on is cancer. Cancer disease is an extremely complicated disease that requires collaboration of many branches at all stages from diagnosis to treatment. Oncological surgery, which is required in stages that require surgical intervention, plays a very important role in the diagnosis stage, which is one of the most critical turning points of cancer disease. Oncological surgeons can perform some surgical interventions to control the pain of cancer patients, to make the patient more comfortable, to manage other symptoms of cancer and the side effects associated with the disease.

How are oncological surgery interventions performed?

In oncological surgery, the type of cancer, the size and location of the tumor are determinant in specifying the technique of the intervention. In the light of all these parameters, the surgeon decides to perform the operation with one of open surgery, laparoscopic surgery, or robotic surgery techniques. Surgical oncologists must have the necessary knowledge and equipment about the basic principles and precepts of multidisciplinary cancer management. These include epidemiology, screening, diagnostic pathology, medical imaging, chemotherapy and radiation therapy, palliative care, interventional radiology, and endoscopy.

All cancers cannot be treated surgically. For example, in blood cancer (leukemia), there is no "mass" to be removed by surgery. In some cases, the patient may not be healthy enough to undergo surgery. Oncological surgery comes into play in the following areas.

In gastric cancer surgeries, it is possible to remove the patient's stomach completely, to remove some of it, and to remove the risky tissues around the stomach. It is among the common opinions of surgeons that the tissues are seen in more detail in laparoscopic gastric cancer surgeries, and in this way, tissue cleaning is performed much healthier. Before laparoscopic intervention, the patient's abdomen is inflated with carbondioxide. Thus, doctor's vision area is increased and the movement of laparoscopic devices in the abdomen is facilitated. After the image displayed on the screen sent from the camera inserted in the incision made as per the size of the area to be cleaned, the surgeon starts the necessary operations. Here, the aim is to clean the lymph tissues properly as in open surgery. A laparoscopic procedure may be preferred depending on the possibility of taking all or part of the stomach. If laparoscopic intervention is deemed necessary, it can be converted into open surgery. In the event that the entire stomach is removed, a part of the intestine is transformed to function as a stomach and the patient can return to normal life in a very short time.

In colon cancer treatments, too, successful surgical interventions at an early stage that increase the life span of the patient and provide recovery are performed. Laparoscopic procedure has been increasingly preferred by surgeons in the treatment of colon cancer in recent years. Open surgeries started to be considered by many surgeons as a secondary treatment in colon cancer surgery due to larger incisions and longer periods of recovery. Laparoscopic surgeries, provide an option with a much smaller incision in colon cancer surgeries, are less torturous and painful, and make hospital stay much shorter. While open surgeries may have consequences such as hernia and adherence in the operation site, these risks are completely eliminated in laparoscopic surgeries. In colon cancer surgeries, the abdomen is accessed from a small incision through the belly with a laparoscopic device. The abdomen, previously inflated with carbon dioxide, has been adapted for the movement of the devices and for healthy vision. The images transferred to the monitor allow the surgeon to see the tissues to be processed.

Laparostopic surgery is a procedure that has a chance to return to open surgery when needed. In overweight patients, the surgeon decides whether the operation will be laparoscopic depending on adhesions caused by previous surgeries or factors such as very large tumors.

Although the results of laparoscopic colon cancer surgeries vary depending on the patient's specific condition, it has many advantages over open surgery. The patient returns to normal nutrition more quickly and bowel movements begin within a shorter period of time. Cosmetic results are much better since the incision made for surgery is very small.

Surgical intervention, which is one of the mandatory steps of the treatment of pancreatic cancer, can be performed both as laparoscopic and open surgery. Performing pancreatic cancer surgeries depends on early diagnosis. Because the operations of pancreatic cancer have a special difficulty due to the difficulties of the anatomical structure of the pancreas, having a physical structure intertwined with many organs, its relationship with the vessels and the difficulties of the postoperative rehabilitation period. Because of all these reasons, the surgeon can plan the surgical intervention as laparoscopic or open surgery in the event of early diagnosis. In this decision, the surgeon analyses such criteria as the size and spread map of the cancer, whether it has metastasized to other organs. If cancerous tissues are clustered in a narrow area, laparoscopic surgery is preferred. If the cancer has spread to the pancreas and surrounding tissues, organs, and if cancerous tissues are also present in the upper part of the pancreas, the surgeon may choose to perform open surgery.

Gallbladder cancers and stones are two common diseases seen in the gallbladder. The factor that places gallbladder cancer in the group of risky cancers is the difficulty of early diagnosis of the disease due to its symptoms being noticed too late. Malignant tumors in the gallbladder can occur due to many factors. These factors include polyps, gallbladder inflammations, obesity and some chemicals. Symptoms seen in patients include jaundice, persistent abdominal pain, digestive problems, nausea and vomiting, sensitivity to certain foods, and sudden weight loss. It is a statistical information that over 90 per cent of patients with gallbladder cancer experienced gallstones. However, it cannot be deduced that all gallstones cause cancer. Gall bladder stonecauses many problems in the body and cancer is one of them.

Treatment of gallbladder cancer is carried out by surgical methods, and while removing the pouch with a complicated surgery, a part of the liver may also have to be removed. Early diagnosis greatly increases the success rate of surgical intervention. In advanced stages that are not suitable for surgery, other treatments are applied except surgical intervention.

Ask the Expert / Video Calls and Health Services at Your Home 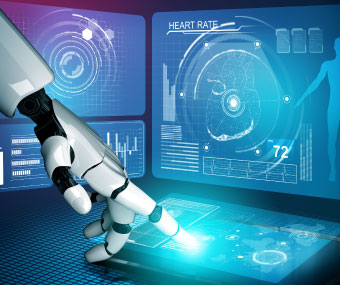